Walter Riml was born on September 23rd 1905 in the Tyrolean city Innsbruck.

Walter, 2,05 m tall, at first was trained as a carpenter and an interior designer. Because of the world economic depression in the 20´s he had to earn his living by working as ski instructor and worked on the building of the cable car to the later Olympic downhill racing Patscherkofel. 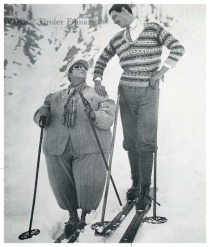 As a passionate sportsman and skier he found his way to the film business by meeting the mountainfilm-pioneer Arnold Fanck in winter 1926/27. At that time Dr. Fanck made a film in the Tyrolean area of Arlberg. Walters hope was to be a part of that crew. Fanck first engaged him as a grip for the silent movie "Gita, The Goat-Girl". In that film Walter Riml appeared also in several short scenes on the side of Leni Riefenstahl, Luis Trenker and Hans Schneeberger. Arnold Fanck saw the great talent, the artistic and humorous side of Walter and after the movie "Gita, The Goat-Girl" he offered him a major role in his famous movie "The White Flame". 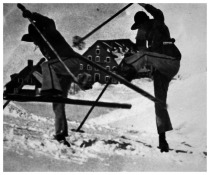 Together with other already famous actors like Leni Riefenstahl, Hannes Schneider, Rudi Matt, Gustav Diessl and the pilot Ernst Udet, Walter Riml played also "SOS Iceberg" which was produced in Greenland. But before he had the main part in "Adventure in the Engadin". Walter Riml played the tall carpenter "Fietje" from Hamburg on the side with his petite carpenter-partner "Tetje" Guzzi Lantschner. They both wear the traditional black carpenter costumes. In this movie both of them showed phantastic ski acrobatic and fabulous ski jumps. All these scenes became legendary and until today this movie is also a favourite film for todays snowboarding generation. Another film with these two great comedians, directed by Andrew Marton in 1933, produced by Universal Films, was "Nordpol - Ahoi!" and filmed in Greenland too It was a parodistic story in connection with "SOS Iceberg". The movie is missing until today.

Very soon in his career, Walter Riml was also interested in the cameraman business. Because of his friendship with the famous cameramen Hans Schneeberger and Richard Angst he got the best training to become cameraman. 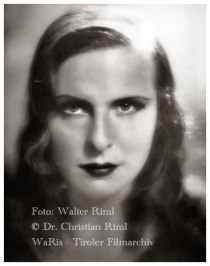 In the early 30ies Walter Riml went to Berlin, the former centre of the German film business. He became a great cameraman and also an expert for mountain films. He worked together with famous film directors. One of them was Luis Trenker who engaged him several times. 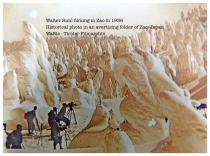 In 1936 Walter Riml travelled to Japan together with his mentor Dr. Arnold Fanck and the cameraman Richard Angst. Nearly one year long they produced films about Japanese culture and life as well as the motion picture "Daughter of The Samurai". In February 1937, after coming back to Germany, Walter Riml contacted the American film producer Paul Kohner to get the opportunity to work in America, but due to the political situation this was not possible any more. After the outbreak of the Second World War Walter Riml had no possibilities to work on "civil " movies. He had to make documentary films of the West wall, submarines, bomb damages of the air raids in Berlin, etc.. Because of one of the Berlin air raids in 1944 he lost his house and his archive with more than 30,000 negatives of his film works in Japan and Greenland. And also therefore planned film projects together with Paul Kohner could not be realised any more. After the Second World War Walter first was a cameraman for the US Army in Thüringen. 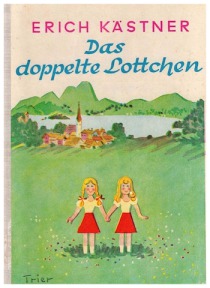 Following that he built up the first Tyrolean film studio together with the Tyrolean film producer Eduard Wieser (1946). In that studio also the famous film "The Double Lottie", based on the book by Erich Kaestner, was realised and Walter Riml was behind the camera (1950).

One year before, in 1949, during he was working in the Austrian Russian zone, his son Christian was born. Christian is Walter Rimls only child.

As one of four western cameramen who were allowed to make a film about the daily life in Russia, Walter Riml travelled to Russia in 1957. In the following years he also worked for different TV productions at studios in Hamburg and Munich. Until the mid 1960s Walter Riml made a lot of the typical and famous mountain films.

In 1962 the American director John Sturges engaged him as second cameraman for "The Great Escape" with stars like Steve McQueen, Richard Attenborough and Charles Bronson.

As a specialist for films in snow atmosphere he filmed scenes in the James-Bond film "On Her Majesty´s Secret Service" in 1969.  His last film work was in 1970, a documentary for US television about the film "The Last Valley " with Michael Caine and Omar Sharif. 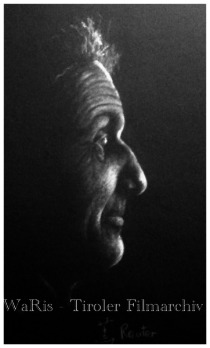 In his long life he worked for more than 100 films and documentaries worldwide, but today only a few people know anything about him and his rich professional life and career.

at the Alfons-Graber-Museum in Steinach a. Brenner dignified his lifework.

In 2013 the authors published a book about Walter Rimls private photos and work on the film "The Great Escape" where he was head of the second camerateam. The photos in that book, published in English and German, show furthermore his photographic and documentary work of his life.